Nails are one of the most important parts of our body and often it is left unattended because we didn’t know that it performs a vital role that contributes to our overall health. It can also be vulnerable to different diseases like any other part of the body and the most common is the fungal infection.

You might have questions about that nail fungus disease, lucky you since we already have the top questions asked about nail fungus all answered for your peace of mind. So keep reading…

What is nail fungus?

Nail fungus is an infection also called onychomycosis. It is more common for toenails than other fingernails and it is estimated that six to nine million Americans have onychomycosis and over 35 million worldwide have it. So if you think you have it don’t worry because it’s common and manageable in most situations.

What are other possible causes of nail fungal infections aside from fungus?

Other microorganisms could also be responsible for nail fungal infections. These may include yeast and bacteria that thrive in several surfaces that we are exposed to.

How did I get it?

We are exposed to bacteria, yeast, and fungi that cause it every day but it’s just a matter of how strong our immune system to fight the infection, that is why older people with weaker immunity often suffer from it the most than the younger ones. What actually happens is fungi get underneath the toenails and linger there that causes infection in no time, most of the time it's dirty water, sweat or other liquids transport the fungi to our nails.


What are the symptoms I can see?

Changes in the appearance of nails are shown even at an early stage, thickened nails, whitish to yellow-brown discoloration, brittle and crumbly or ragged nails, distorted in shape, darker color, smelling slightly foul or in progressing case pain is also felt. 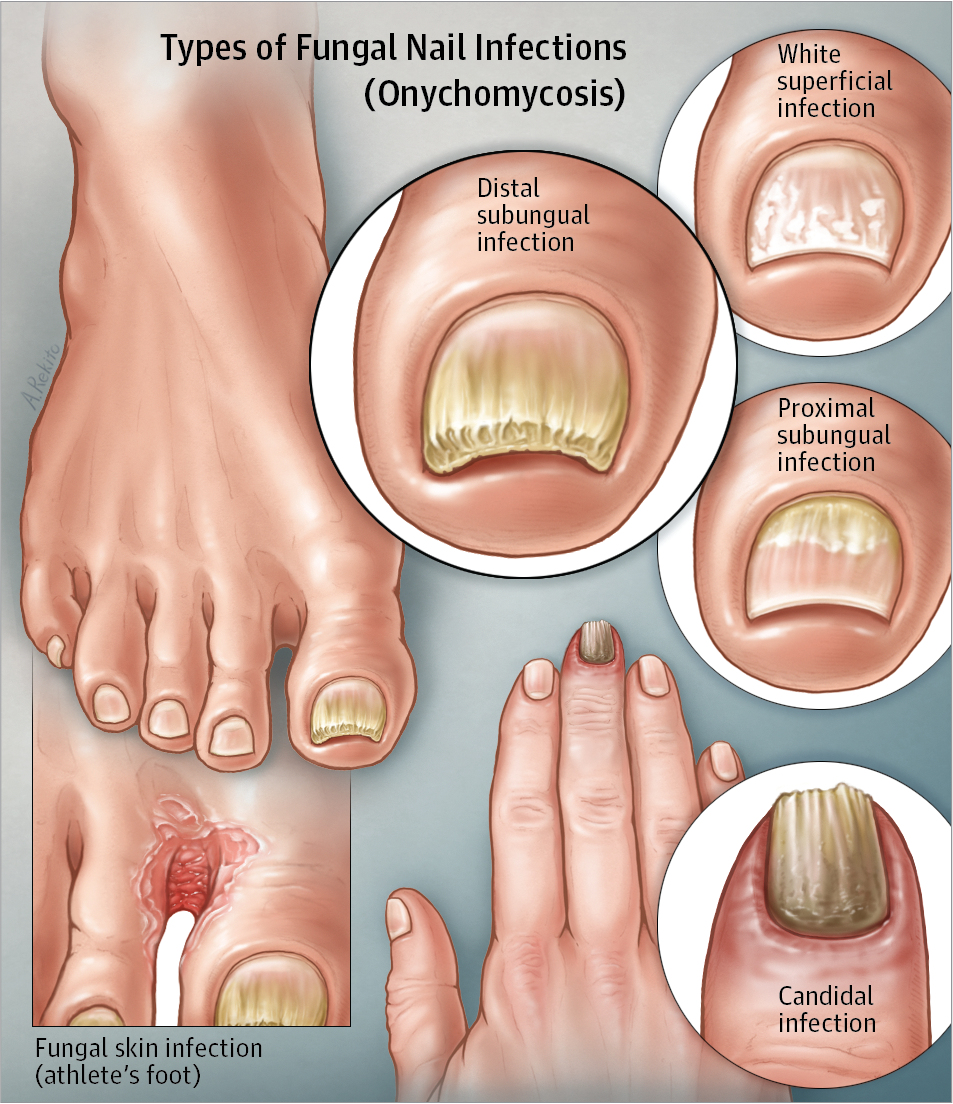 What are the possible remedies of nail fungal infections?

Some doctors recommend taking anti-fungal medicines orally. However, other options are also highly available. These include medicated nail polish or nail creams that aim to decline the spread of the infection, which all lead to recovery. Here is a sample of it: Arishine Toenail Fungus Treatment

Do I need to undergo surgery?

It depends on the severity of the damage. In some instances, doctors may prescribe a surgery in order to totally remove the nail to prevent further damage. On the other hand, doctors may simply want to remove several obstacles through surgery so that the applied medicine can better penetrate the root cause of the infection. If you want to avoid this option it is always better to act fast and use nail fungus pen as early as possible.

What are some of the places where nail fungi can easily be caught?

Damp and unventilated areas are good breeding places of fungi. Be cautious about walking barefoot on public showers, shared lockers, and even pools. Do not let your nails soak in them for too long.

What should I look out for so I would know it’s a nail fungal infection?

Usually, nails with the fungal infection have discoloration (yellowish), they become more brittle or crack a lot, and may even become thicker or more difficult to trim due to abnormal curvature.


Should I stop wearing nail polish if I have a nail fungal infection?

It might be best to give your nails more room to breathe and recuperate before applying cosmetics on the topmost layer. While they don’t necessarily impede recovery, abrasion coming from frequent manicures may thin out the layer of the nail and introduce more cracks where fungi can settle in.


How can I prevent it from happening again or reoccurring?

Fungi grow in an acidic environment so counteracting it with the mixture of water and baking soda paste can kill them. On the other hand, proper hygiene is always a great way to prevent getting any infections or if you already had a case of it, it’s recommended that you continue to use the nail fungus pen for more time so you can avoid re-infection

We hope we answered all your possible questions about nail fungus infection if you still have more questions that are not included here you can comment down below or use the contact page so we can give you an answer right away.